NFL fans refer to the Super Bowl as “the greatest show on Earth” and while that is open for debate, there is no denying the Super Bowl is the perfect occasion for making a few wagers with your favourite bookmaker.

Super Bowl LV takes place on February 7 at the Raymond James Stadium in Tampa, Florida and although the two finalists are yet to be determined, online bookmakers are already listing their Super Bowl prop bets. 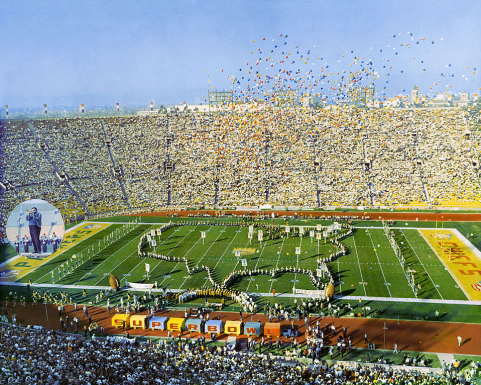 “Super Bowl” by Wikimedia is licensed under CC BY-NC 2.0

What Is a Prop Bet?

You may not be familiar with the term “prop bet” say let us explain in layman’s terms. A prop bet, or proposition bet, is a wager placed that does not necessarily correlate to the outcome of the game.

Traditional bets include betting on Team A to win or there to be a certain number of points scored. Prop bets tend to be fun bets on the side action, like who wins the coin toss, who will be the MVP (Most Valuable Player), or what colour Gatorade will the winning coach have poured over their heads at the end of the game!

Listen to the latest Locked On Irish podcast episode

Prop bets are fun, but they can also be profitable if you do a little research before the game. Player and Team Related Super Bowl Prop Bets

Betting on the MVP is by far the most popular Super Bowl prop bet. The MVP is the same as the man of the match in football and it is a huge honour to be given such a title.

The Super Bowl MVP tends to be a quarterback with 30 of the 55 past winners playing in this position. Quarterbacks have been crowned MVP in eight times in the past 11 Super Bowls and seven of those have been on the winning team.

Should the Kansas City Chiefs reach the Super Bowl LV as expected, you can all but guarantee Patrick Mahomes will be the MVP just as he was in 2020. The boy is supremely talented.

Another popular prop bet market regards the first offensive play. Teams either choose to run the ball or pass on that first play and the odds are stacked overwhelmingly in favour of the run. They want to get yards on the board while the quarterback is getting into the swing of the game so handing off to a running back tends to be the preferred choice. 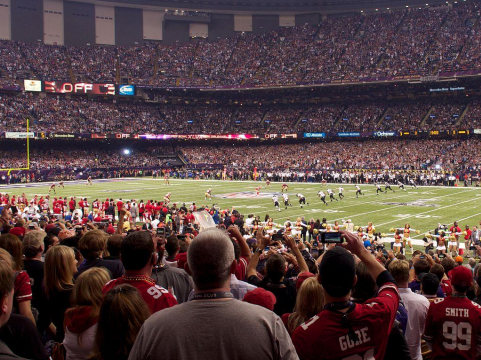 “Super Bowl Game” by Wikimedia is licensed under CC BY-NC 2.0

The coin toss is another popular Super Bowl prop bet. The outcome of this bet is, obviously 50/50 so literally, toss a coin and use that to place your bet. Bookmakers price both heads and tails as odds on so they can lock in a profit meaning the odds are against you, but it’s a fun bet to make at the very start of the Super Bowl festivities.

Before the coin toss is the tradition of singing the American national anthem. A global superstar is chosen to belt out a rendition of “The Star-Spangled Banner” and you can prop bet how long this takes them. The majority of bookies set the over/under at two-minutes. The under has hit 11  times in the last 13 seasons, although six of the last 10 have gone over. Gladys Knight took two minutes one-second in 2019 but Demi Lovato only took one-minute 49-second at last year’s Super  Bowl.

Perhaps the most fun Super Bowl prop bet is known as the Gatorade Shower. It is a phenomenon that started in the 1980s with the New York Giants. Both teams top up their fluid levels with  Gatorade throughout the game and it is tradition to pour the remaining drink over the winning coach’s head!

The colour of the drink is anyone’s guess unless you manage to catch a glimpse of it during play. Over the past 10 years, the colour has been orange five times (including in 2020), blue twice,

purple and yellow once, and twice there has been no shower. Depending on where you in the world watching the game, you may have to stay up late to see if you win this particular bet.

Whether it is Super Bowl prop bets or any other wager, do your own research to increase your chances of winning and, of course, have fun!

The State of Football Pt. CXIX